Audio clip: Adobe Flash Player (version 9 or above) is required to play this audio clip. Download the latest version here. You also need to have JavaScript enabled in your browser. cheapest generic viagra prices online 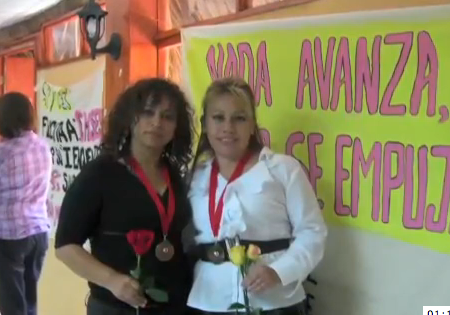 Marielos Pleitez is the Secretary General of the SITHBLOOM healthcare workers union. Here she gives a saludos to CISPES on 30 years of solidarity. viagra 50 mg or 100 mg 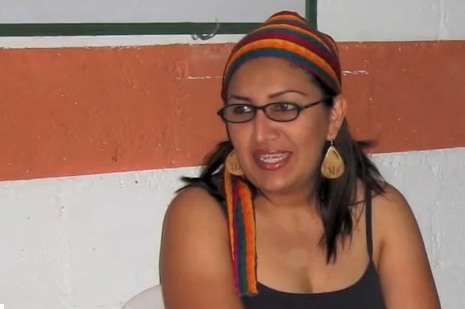 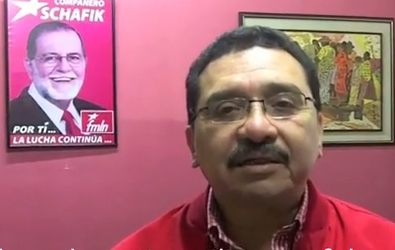 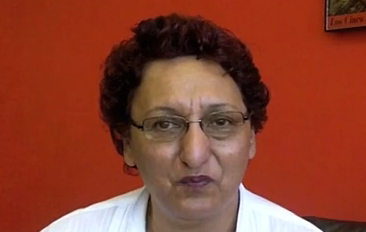 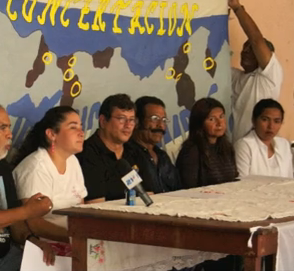 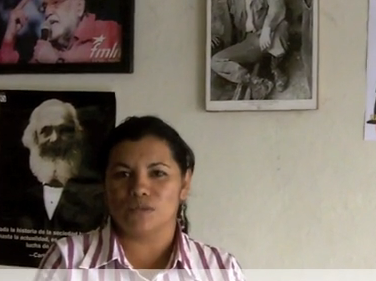 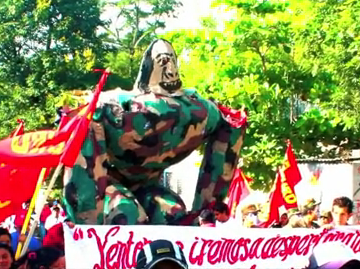 The genesis of the FBI probe of CISPES was a complex network of groups and indviduals with a common counter-subversive worldview: Â· The underlying theories which prompted the FBI investigation of CISPES were developed at the start of the Cold War, and reflect the same discredited view of subversion that the American public finally rejected to end the McCarthy period. Â· Individual and groups who hold this discredited view of subversion played influential roles in shaping the policies of the Reagan Administration in this area, and then in some cases moved on to become consultants and staff members in Administration and Congressional posts. Â· These same groups and individuals then set out to rebuild a private counter-subversion network among conservative and rightist groups with the goal of assisting the government, and specifically the FBI, in investigating subversion. The results of their investigations were published in a range of newsletters and journals in articles which frequently cross-cited each other and often traced back to unsubstantiated charges of communist subversion made by persons testifying before congressional witch-hunting committees. Â· Young conservatives from colleges and universities were recruited and trained to participate in monitoring and analyzing the activities of alleged subversive groups through a network of interlocking conservative institutions based in Washington, D.C. Â· Information and documents collected by private right-wing groups were provided to government law-enforcement agencies that would otherwise be prevented from obtaining the information by constitutional and legislative restrictions. This biased and unverified information was then used to justify criminal investigations of dissidents in general and the anti-interventionist CISPES in particular.

Many activists involved in Central America issues became aware of ham-handed snooping by Federal Bureau of Investigation agents in the early 1980’s. In 1986 the Center for Investigative Reporting in California used the federal Freedom of Information Act to obtain FBI files which suggested a large-scale probe into CISPES. In 1987 testimony by a former FBI informant Frank Varelli also suggested a broad attack on CISPES by the FBI. Varelli later told reporters of the involvement of other governmental and private right-wing groups in targetting CISPES.

Some 1300 pages of additional FBI files released in 1988 by New York’s Center for Constitutional Rights (CCR), on behalf of CISPES, reveal in sharp detail the extent and nature of the FBI probe into CISPES. More importantly, the files show that the FBI, to justify its actions, accepted as fact a right-wing conspiratorial world-view which sees dissent as treason and resistance to oppression as terrorism.

The first FBI investigation of CISPES was launched in September of 1981 to determine if CISPES should be forced to register under the Foreign Agents Registration Act. Among the documents used by the FBI to justify this CISPES probe, according to Congressional testimony by FBI official Oliver “Buck” Revell, was a 1981 article by a former FBI informant and ongoing right-wing private spy-John Rees. The Rees article appeared in Review of the News a magazine published by the paranoid ultra-right John Birch Society. This FBI investigation was terminated without indictments in December of 1981.

A second FBI investigation of CISPES began in March of 1983. It was premised on the right-wing conspiracy theory that CISPES was a cover for “terrorist” activity. To justify this view, the FBI relied not only on reports from its informant Varelli, but also in part on a conspiratorial analysis contained in a report written by Michael Boos, a staffer at the right-wing Young Americas Foundation. This FBI “counter-terrorism” investigation was terminated without indictments in 1985.

The FBI relying on the malicious musings of paranoid right-wing ideologues to justify probes of the anti-Administration CISPES is rather like the IRS assigning Jerry Falwell to audit the financial records of the American Civil Liberties Union.

The June 1984 report on CISPES by Michael Boos, the staff member at the Young Americas Foundation, was titled: “Group in Nation’s Capitol to Aid Left-Wing Terrorists.” In the report Boos wrote that the D.C. Chapter of CISPES would “soon launch a fundraising campaign to provide direct military assistance to the Soviet supported Marxist terrorists seeking to overthrow the recently elected government in El Salvador.” This conclusion was reached when Boos made the Kierkegaardian assumption that the shoe factory CISPES planned to help build in El Salvador would not really benefit civilians, but would secretly make and repair boots for rebel soldiers-and thus constituted military aid for “Soviet supported Marxist terrorists.”

Boos wrote his report after attending a public CISPES meeting in Washington, D.C. According to a spokesperson at the Young Americas Foundation, Boos was apparently engaging in a freelance information-gathering activity not directly connected with his staff position. Boos filed his report with the right-wing newsletter American Sentinel, and sent an unsolicited copy to the FBI. The FBI promptly distributed it to 32 of its field offices and apparently sent it to other federal agencies as well.

It is ironic that the Boos report on CISPES for American Sentinel was revealed in the FBI documents on CISPES since the Young Americas Foundation is only a minor player in the right-wing information network. The Foundation primarily is involved in recruiting college students into the conservative anti-communist movement. Boos, while at Young Americas Foundation, circulated a newsletter reporting on campus activists, but it too is not influential in right-wing circles.

The Young Americas Foundation is a haven for aging former members of the right-wing campus-based Young Americans for Freedom (YAF). While it was started by a former YAF staffer, the Foundation is not formally tied to that group. They are certainly right-wing ideological soul-mates, however, and they cooperate closely. The Foundation once sent out a fundraising mailing calling former Senator George McGovern “anti-American,” and claimed “our classrooms are full of teachers and textbooks that tear down our system of republican government and free enterprise while glorifying communism and socialism.”

The American Sentinel, the newsletter which published the Boos report on CISPES (without attribution) is, however, one of the core right-wing outlets for red menace diatribes. The Sentinel frequently touts its relationship to law enforcement. The Sentinel raised funds to send its blacklist-style report to “723 FBI offices and local police departments,” pledging to keep track of “the liberals, the left-wingers, the radicals and the Communists.”

Paranoid Theories and the FBI Probe of CISPES

That the views of the paranoid right wing find safe harbor at the FBI is supported by the documents they released under the FOIA concerning the probe of CISPES. As Alicia Fernandez of the Center for Constitutional Rights explained in an article appearing in the Movement Support Network News:

In this way, any group which ever worked with CISPES or shared members became a potential `front.’ “The very logic of these rationales increased the pressure to expand the hunt for fronts and intensify the search for covert activities,” Fernandez points out.

The FBI probe of CISPES involved 52 of the 59 Field Offices of the FBI. Dossiers were compiled on hundreds of other organizations which intersected in some vague way with CISPES during the course of the investigation.

Margaret Ratner of the Center for Constitutional Rights called the FBI probe of CISPES a “sweeping and intrusive investigation.Â .Â .the FBI utilized wiretaps, undercover agents, and informants in addition to the type of intensive physical surveillance that is normally reserved for investigation of serious crimes.” According to Ratner:

=== “The investigation, which was begun in 1981 to determine if a violation of the Foreign Agents Registration Act existed, was quickly turned into a `Foreign Intelligence/Terrorism’ inquiry, even though no basis for such existed. The new category, however, allowed the FBI to utilize `special techniques,’ that are considered illegal when applied to domestic investigations. It allowed the FBI to avoid strictures developed to remedy the abuses that came to light in the post-Vietnam protest era.”

Ratner charges that “the investigation was used as one of the pretexts for the harassment and surveillance” being reported by those who oppose the Reagan administration’s foreign policy.

=== “It is imperative at this time to formulate some plan of action against CISPES and, specifically, against individuals [deletion] who defiantly display their contempt for the US government by making speeches and propagandizing their cause while asking for political asylum. === “New Orleans is of the opinion that the Departments of Justice and State should be consulted to explore the possibility of deporting these individuals or at best denying them re-entry after they leave.

The following excerpt from the Pittsburgh FBI field office file on the local CISPES affiliate, the Central American Mobilization Committee (CAMC), showed the ideological framework which forms the basis of the FBI investigation:

=== “The membership of the CAMC and its affiliated groups appears generally to be of two type groups: the `core’ membership and the `affiliate’ membership. The `core’ membership consists of individuals with strong Communist or Socialist beliefs who have a history of being active in Communist or Socialist political organizations, some since the Vietnam War era. The `affiliate’ membership, on the other hand, consists in large part of local college students relatively new to the political scene. It has at least one female high school student member. Some of these younger `affiliate’ members appear to be politically unsophisticated in that they know little of current international events save what they read or hear at their political meetings. Pittsburgh has noted at least two of these members or affiliates both were young females.”

The CISPES FOIA revelations came on the heels of charges by former FBI informant Frank Varelli that he was pressured into inventing information to show that CISPES was tied to terrorists. Varelli told a Congressional subcommittee in 1987 that his reports were designed to provide an excuse for the FBI to intimidate critics of Reagan’s Central America policies.

=== “The FBI led me to believe that CISPES was a radical `terrorist’ organization.Â .Â .Â .Ironically, never once during the next three years of my association with CISPES did I encounter anything even close to the picture painted by the FBI. The CISPES organization was peaceful, nonviolent, and devoted to changing the policies of the United States towards Central America by persuasion and education.

Varelli sued the FBI, alleging they refused to pay him $65,000 in back pay. Varelli was terminated as an informant when the FBI agent controlling him carelessly lost in a car burglary files containing secret information that might have blown Varelli’s cover.