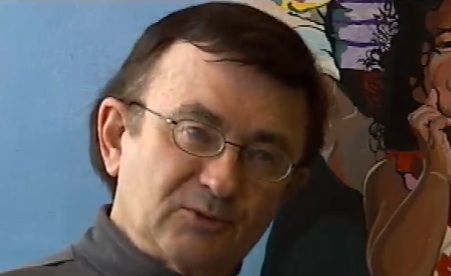 Compañero – The life of Don White in his own words from cispes on Vimeo. 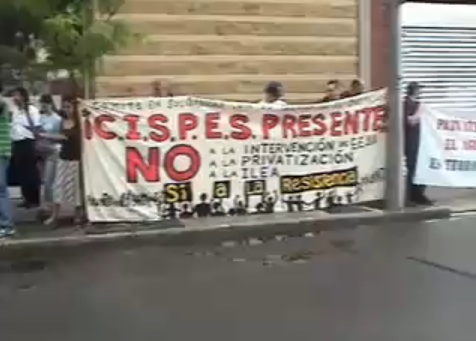 On July 30, 2007 CISPES and organized a protest at the Salvador Consulate in Boston against recent arrests under the anti-terrorism law in El Salvador, the International Law Enforcement Academy (ILEA), the threat of water privatization. 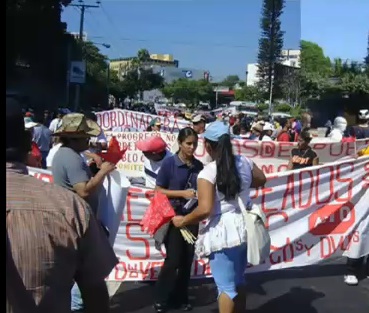 After the approval of the Central America Free Trade Agreement (CAFTA) the National Movement of CD and DVD Vendors became one of the most active groups in El Salvador resisting CAFTA and US-imposed neoliberal policies. 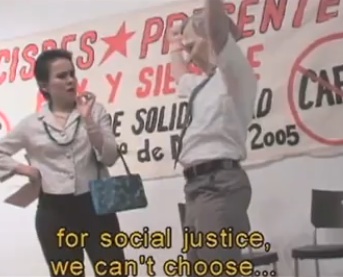 In 2005 CISPES was featured on CUNY-TV’s “Nueva York” program, which tells the story of 25 years of solidarity with El Salvador.

The 2004 CISPES video “Confronting Empire: Hope, Fear and US Intervention in the 2004 Salvadoran Elections”

Confronting Empire: Hope, Fear and US Intervention in the 2004 Salvadoran Elections from cispes on Vimeo.

The victories of the healthcare strike laid the groundwork for the struggle against CAFTA, the FTAA and neoliberalism.Â  Unions and the FMLN revitalized and rejuvenated a movement and proved that you can stop the neoliberal onslaught. When President Bush announced his intentions for a trade agreement with Central America, the Salvadoran social movement, the FMLN, and CISPES immediately began to organize an international campaign to stop it. Though CAFTA eventually passed, it was only by one vote. If we had not waged a campaign, the margin in the US would have been overwhelming. CISPES went on to work with the FMLN and social movement in El Salvador and our allies in the US to block its implementation. 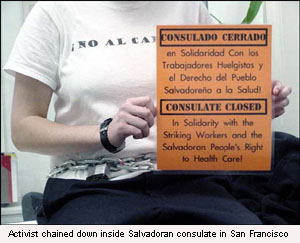 On February 6th, 2003, CISPES activists occupied Salvadoran consulates in San Francisco and New York City, and march on Boston consulate, and seven people are arrested in a solidarity action with a march of 100,000 people in San Salvador demanding that the government not privatize the health care system.

February 6th was the fifth massive march in El Salvador during what was then a nearly 5 month national health care strike in which hospital workers, doctors, and hospital users all joined forces.Â  CISPES activists throughout the country supported the health care workersâ€™ union by educating about the issue of privatization and free trade, raising money to support the strikers, and by high-profile actions like these consulate take-overs.Â  Pictures of the actions and the arrests made national news in El Salvador. The movement was eventually successful in stopping the privatization of health care! 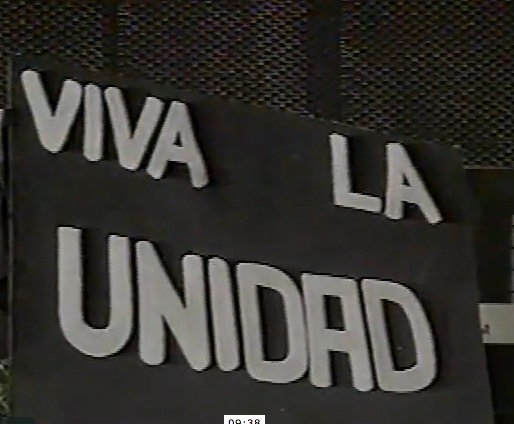 This campaign video captured the onslaught of neoliberalism in El Salvador in the late 1990s and the growing resistance of the social movement and the FMLN.  CISPES played a key role in highlighting the negative effects of free trade, privatization, and the rise of the sweatshops industry. As the new millennium began, solidarity continued to play a key role in combating US policies in Central America.

El Salvador: NOT for Sale – CISPES video, 2001 from cispes on Vimeo.

As part of the El Salvador Not for Sale Campaign, CISPES and anti-globalization allies took on “Fast Track” – otherwise known as trade promotion authority – in 2001.Â  CISPES had launched its campaign to oppose Fast Track, “NAFTA for Central America” (what later became known as CAFTA) and the FTAA, and to support alternatives being built in El Salvador and the rest of Latin America.Â  Fast Track ultimately passed by a few votes in the summer of 2001.