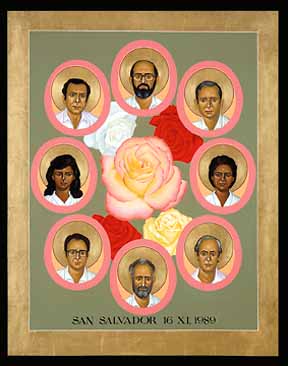 In the early hours of November 16, 1989, six Jesuit professors, their housekeeper, and her teenage daughter were roused from sleep by US-trained Salvadoran special forces, led outside, and shot to death on the lawn of the Central American University JosÃ© SimeÃ³n CaÃ±as (UCA) in San Salvador.